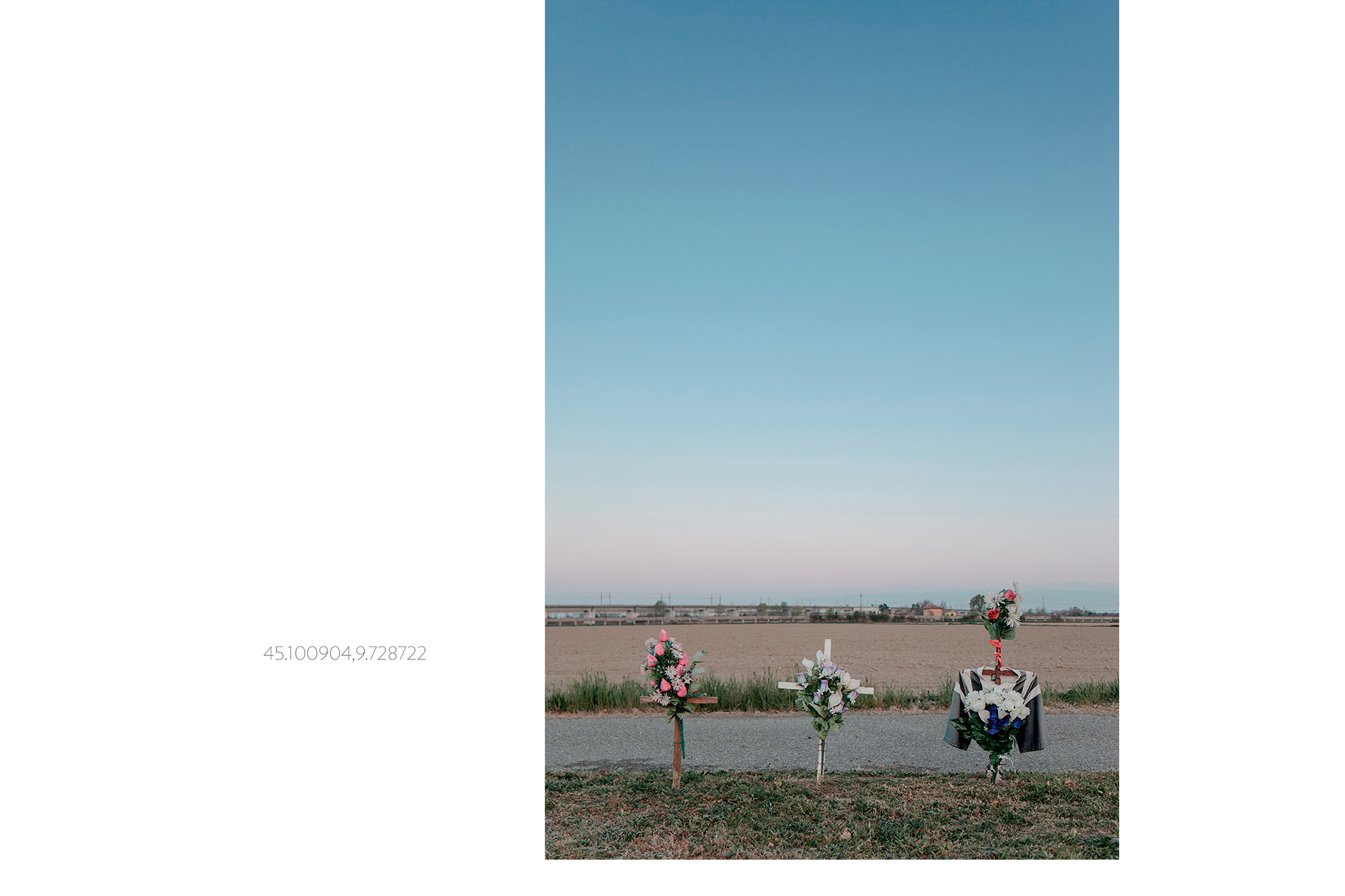 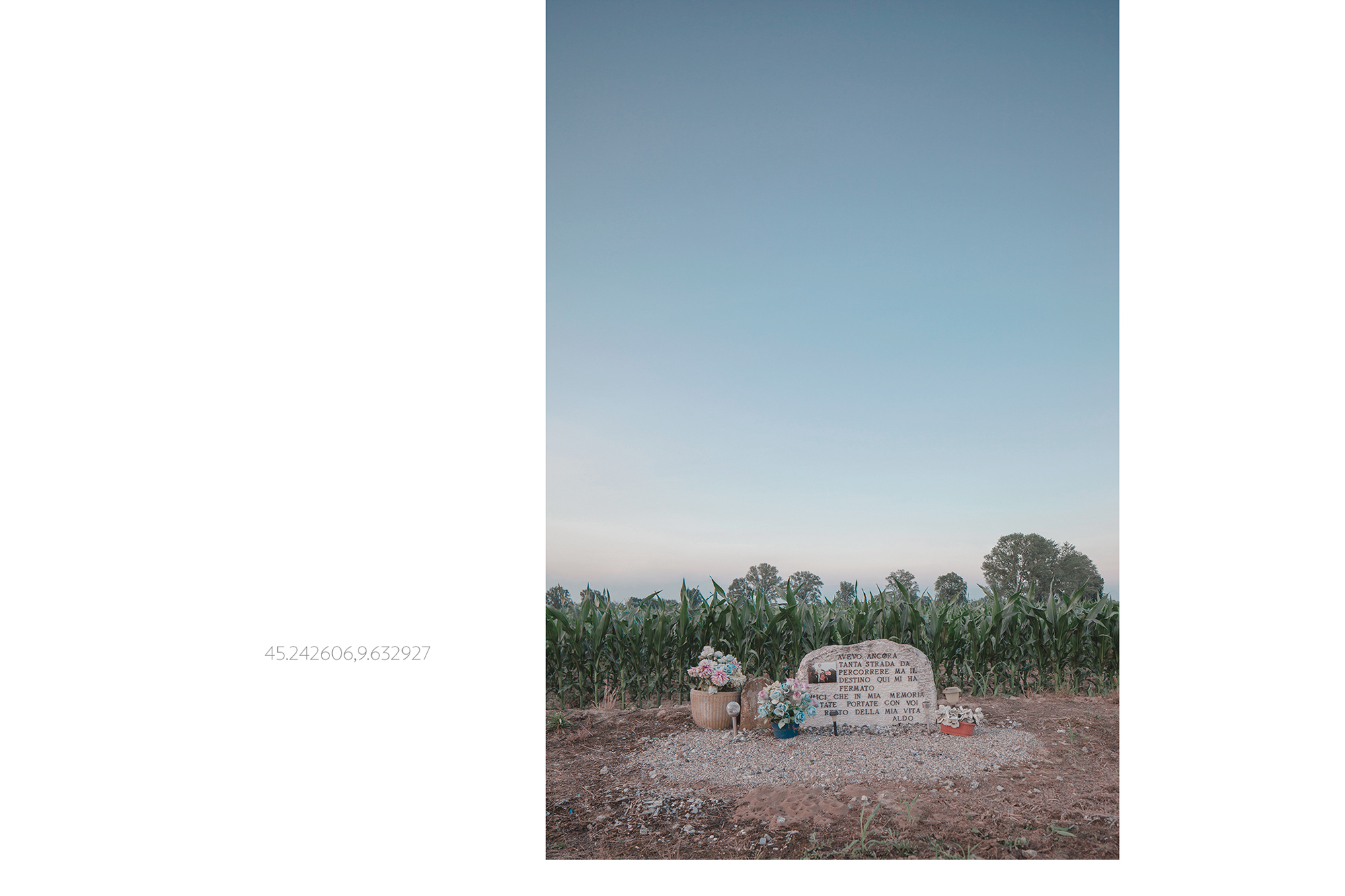 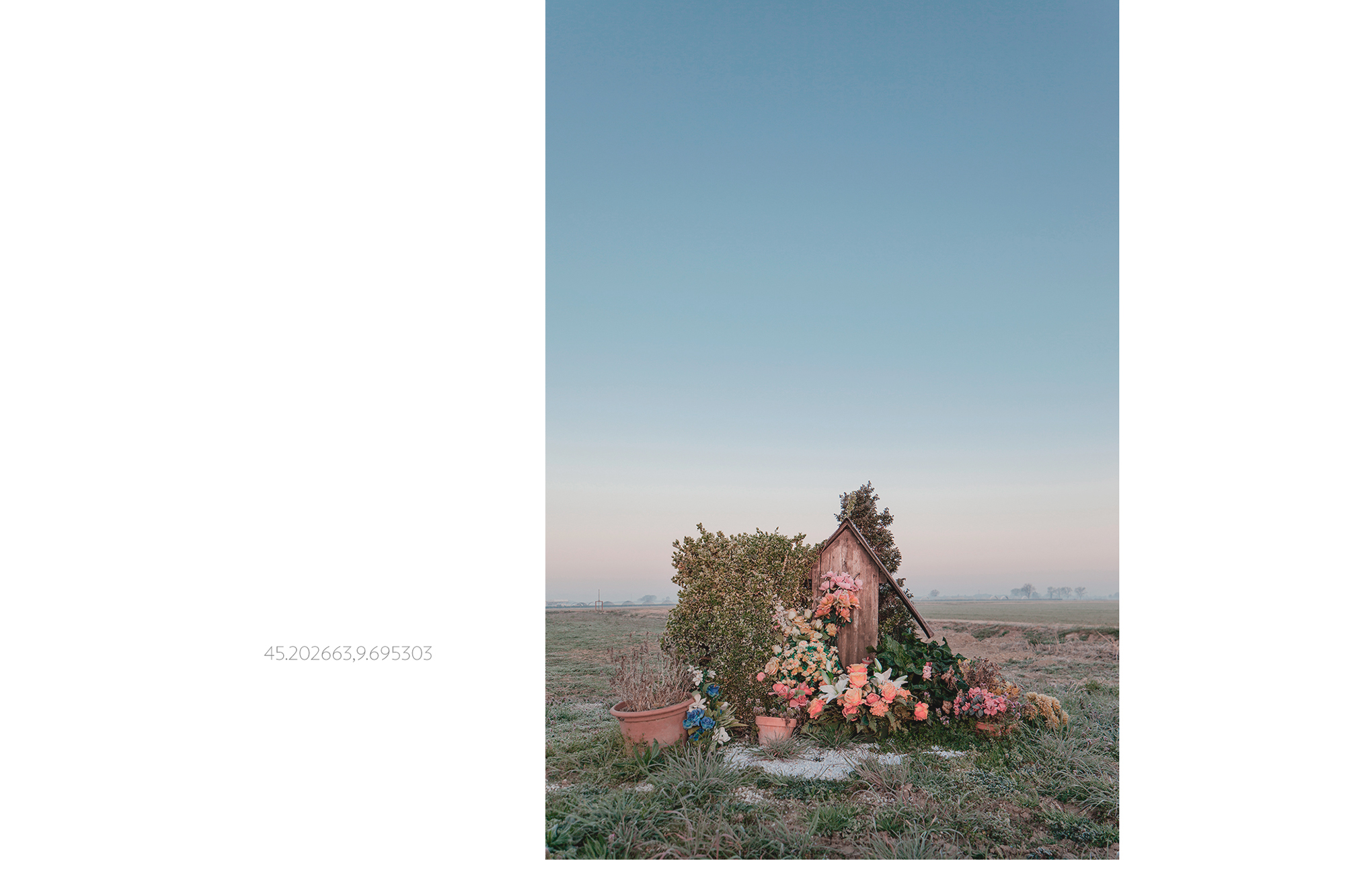 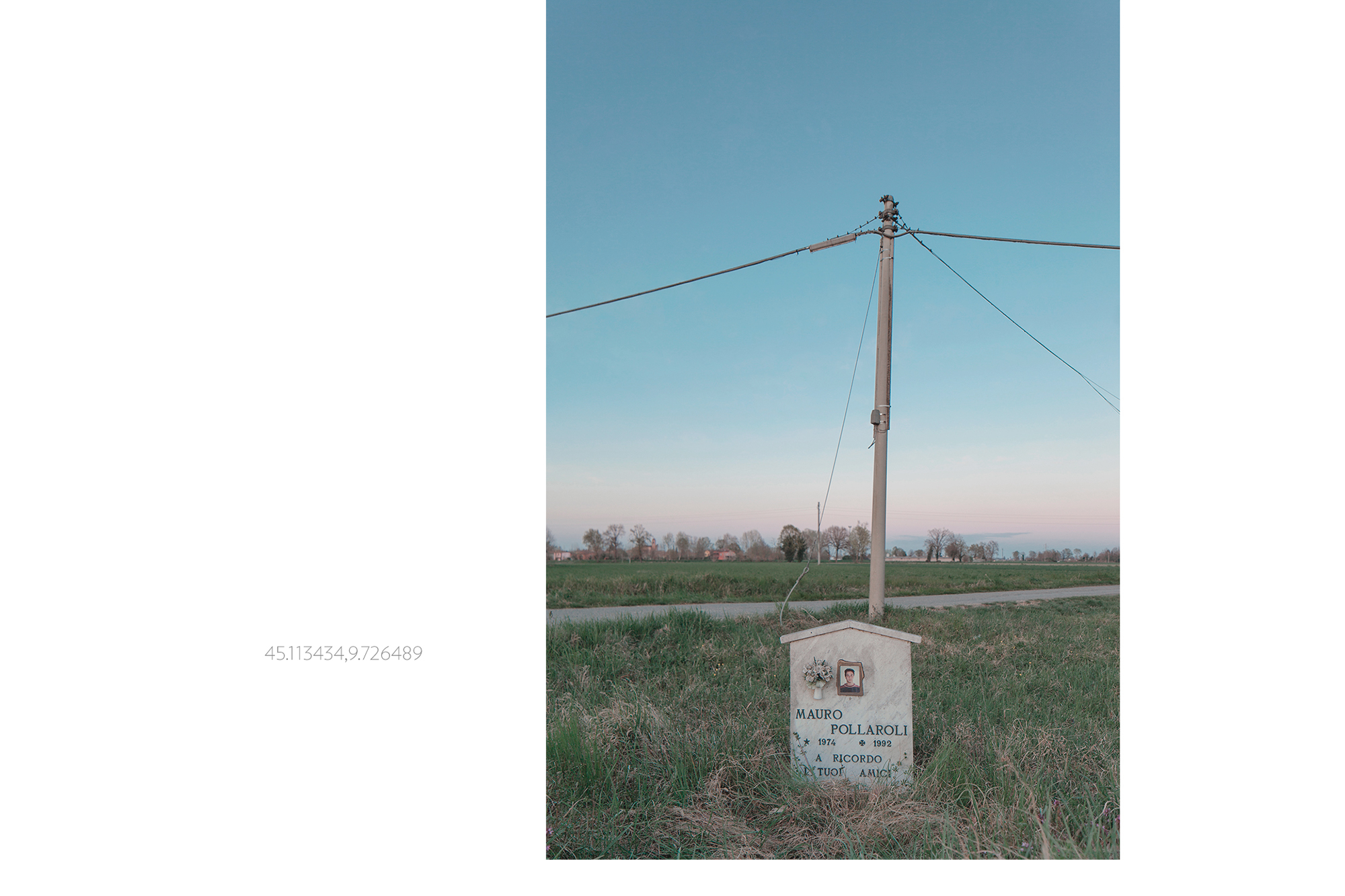 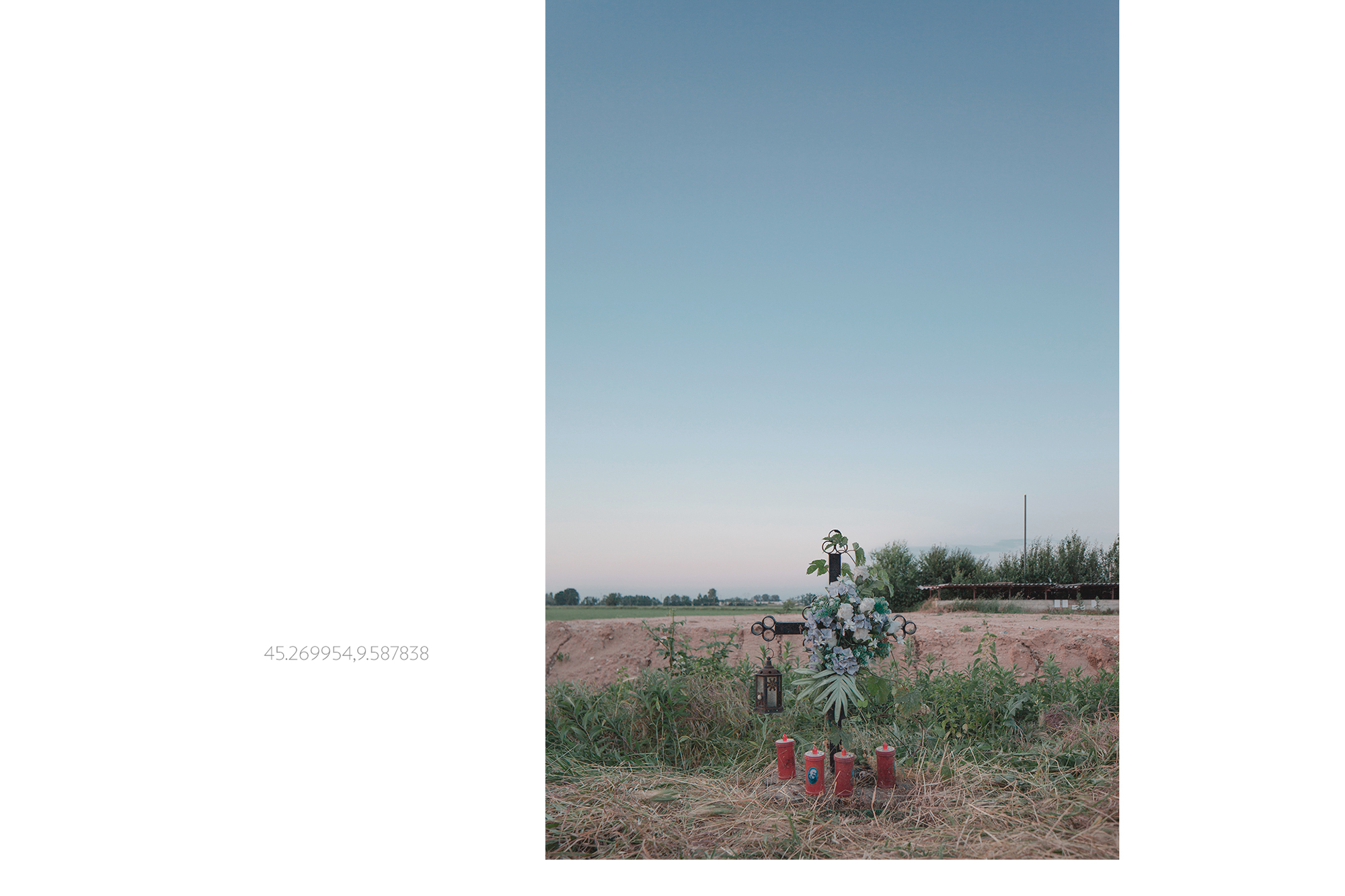 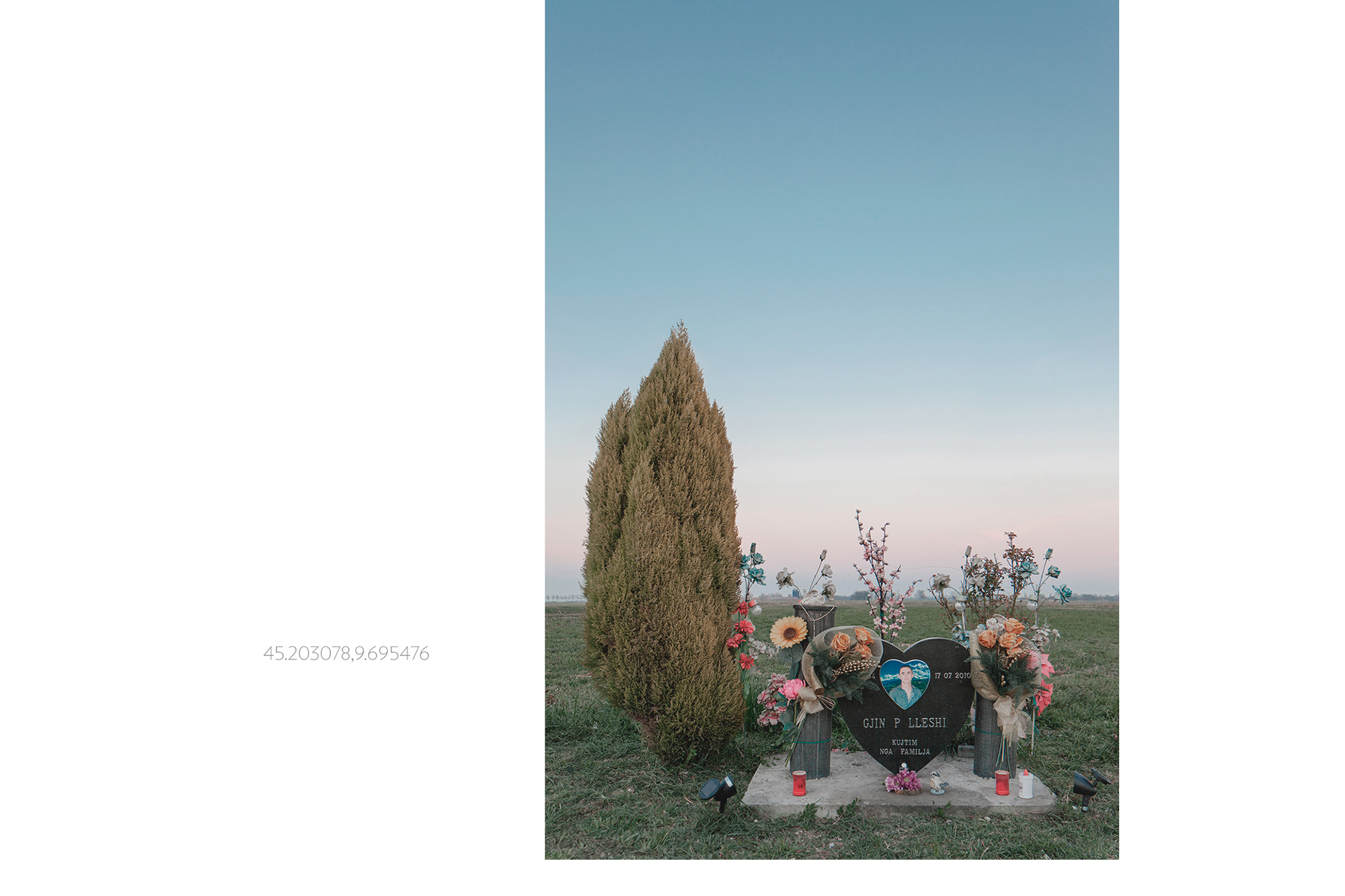 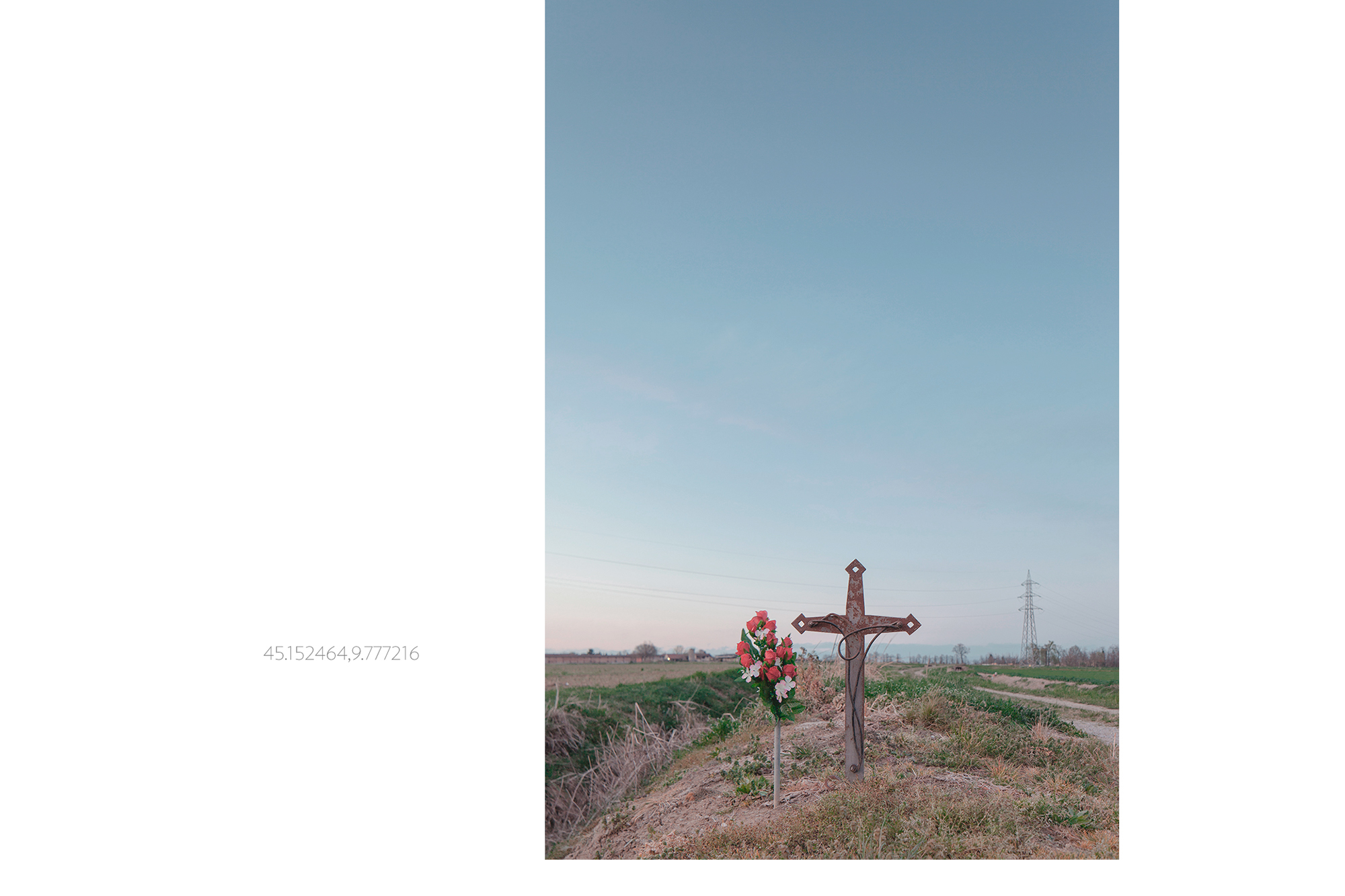 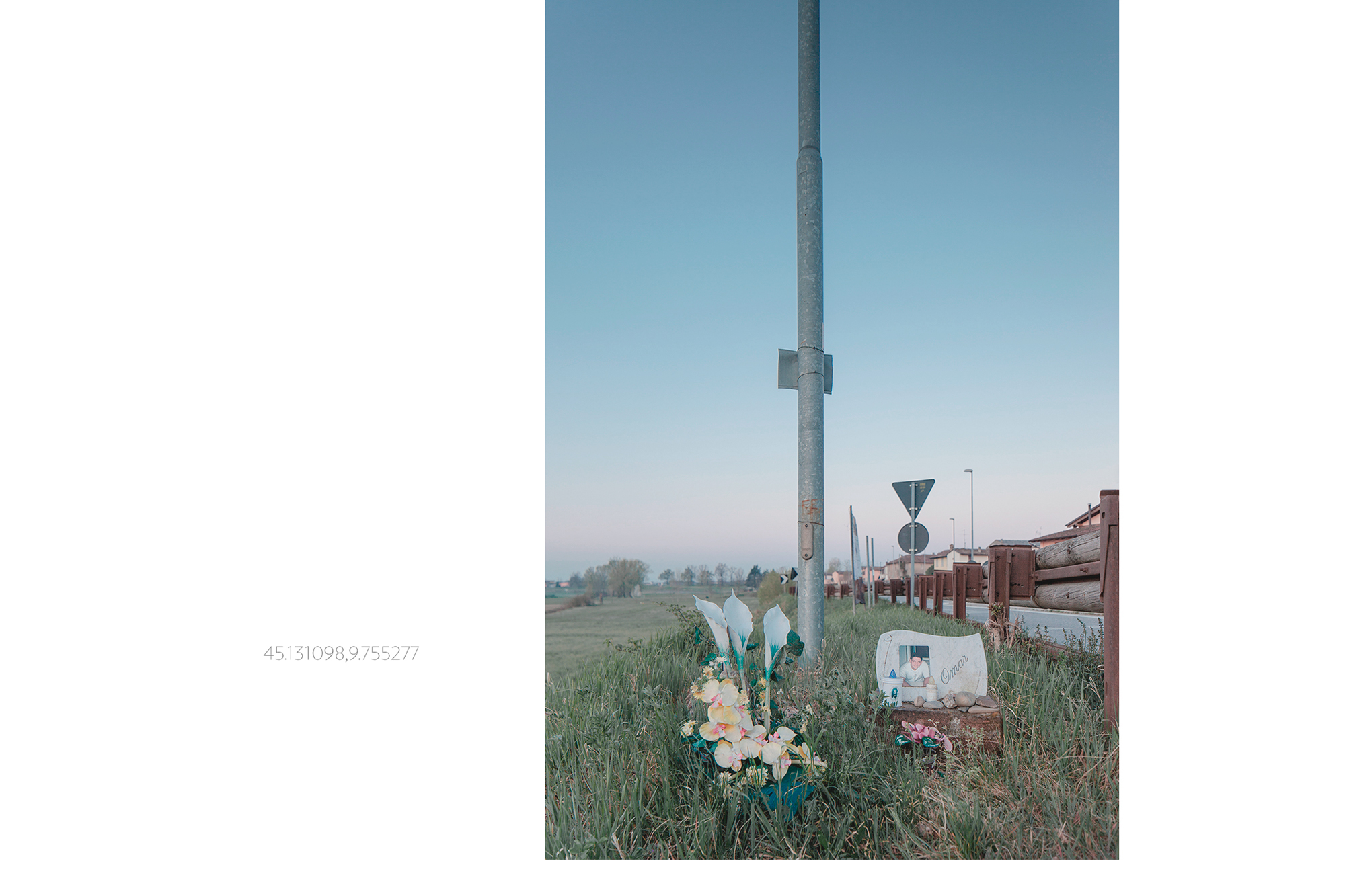 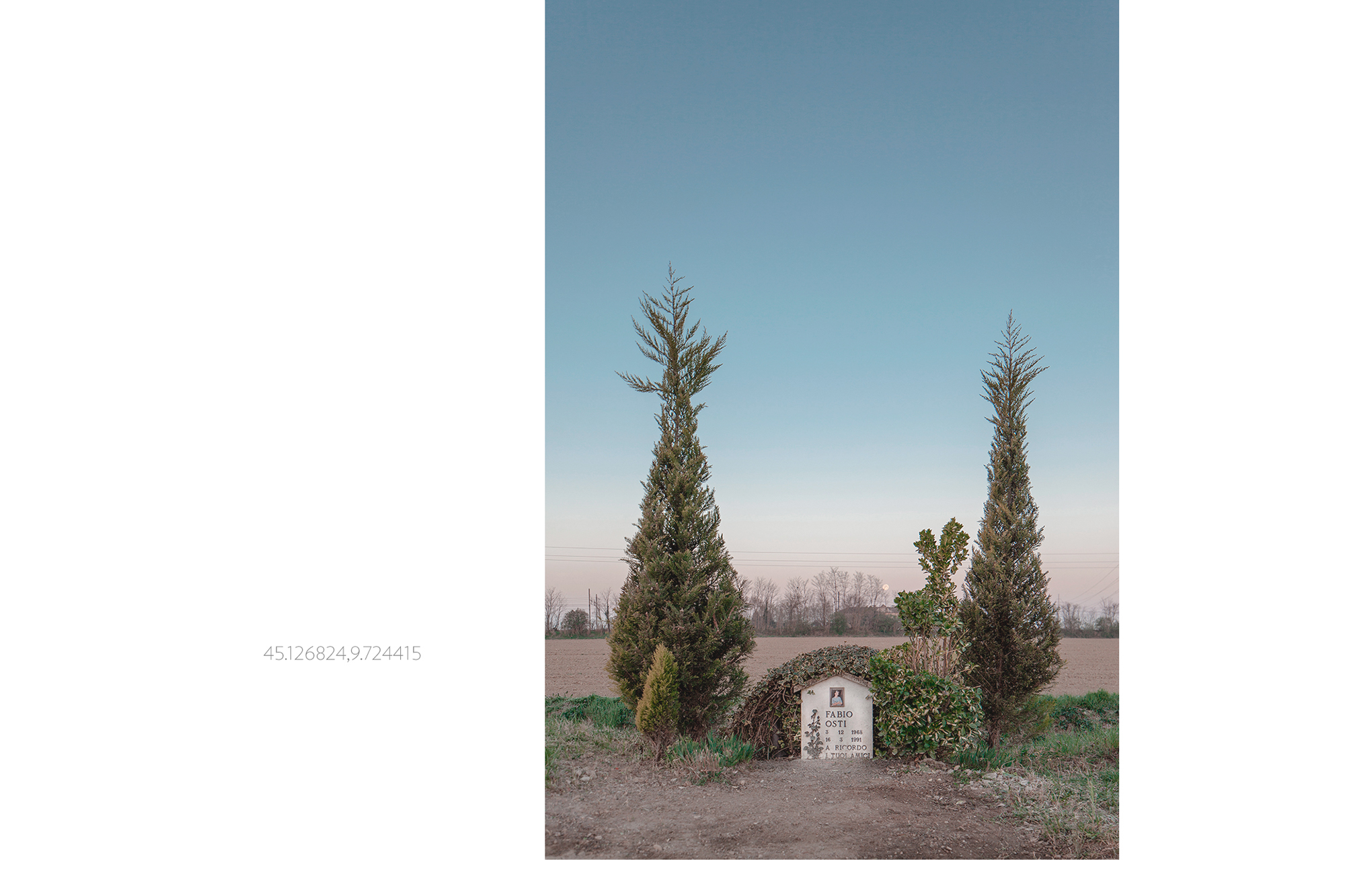 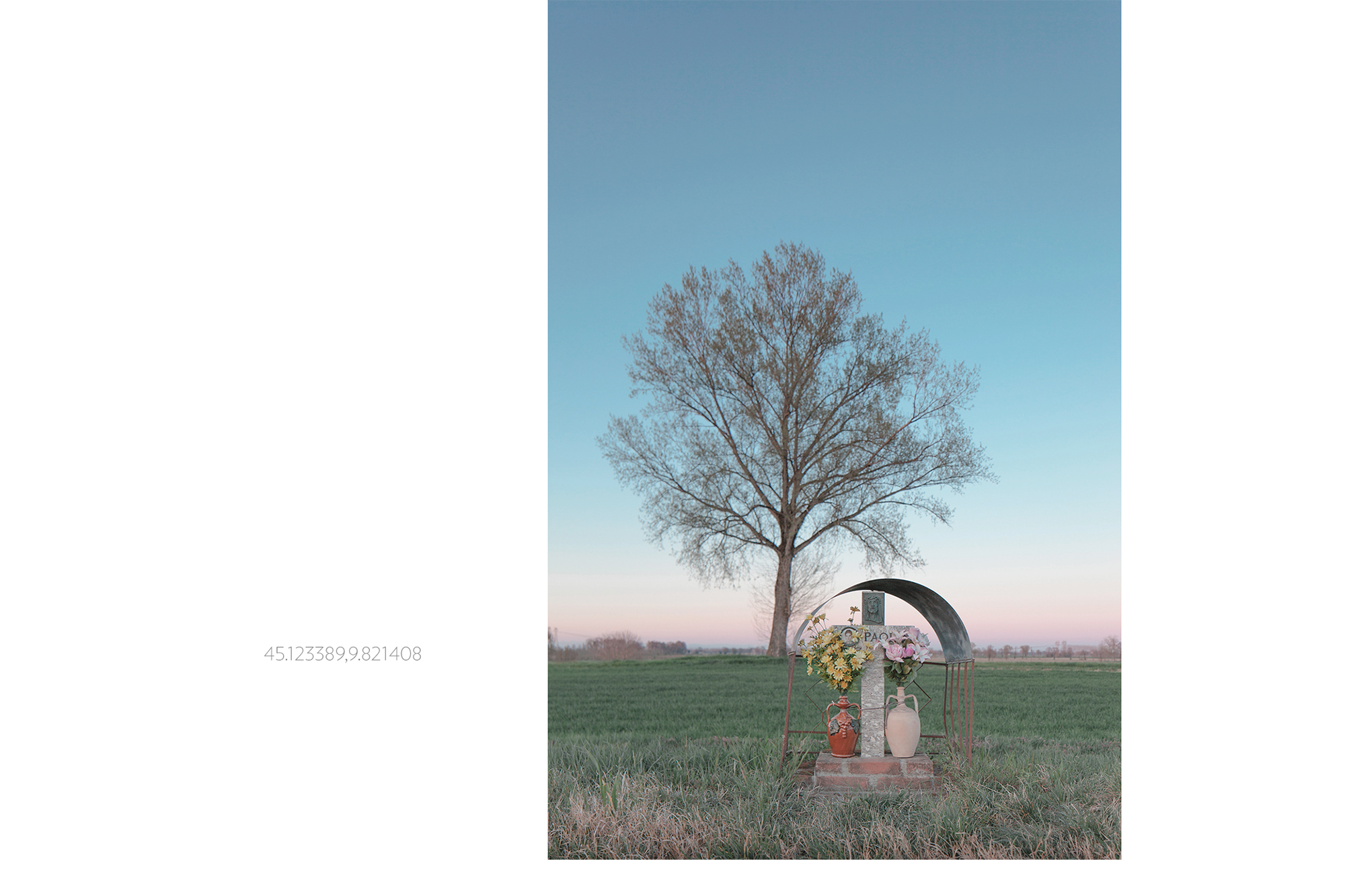 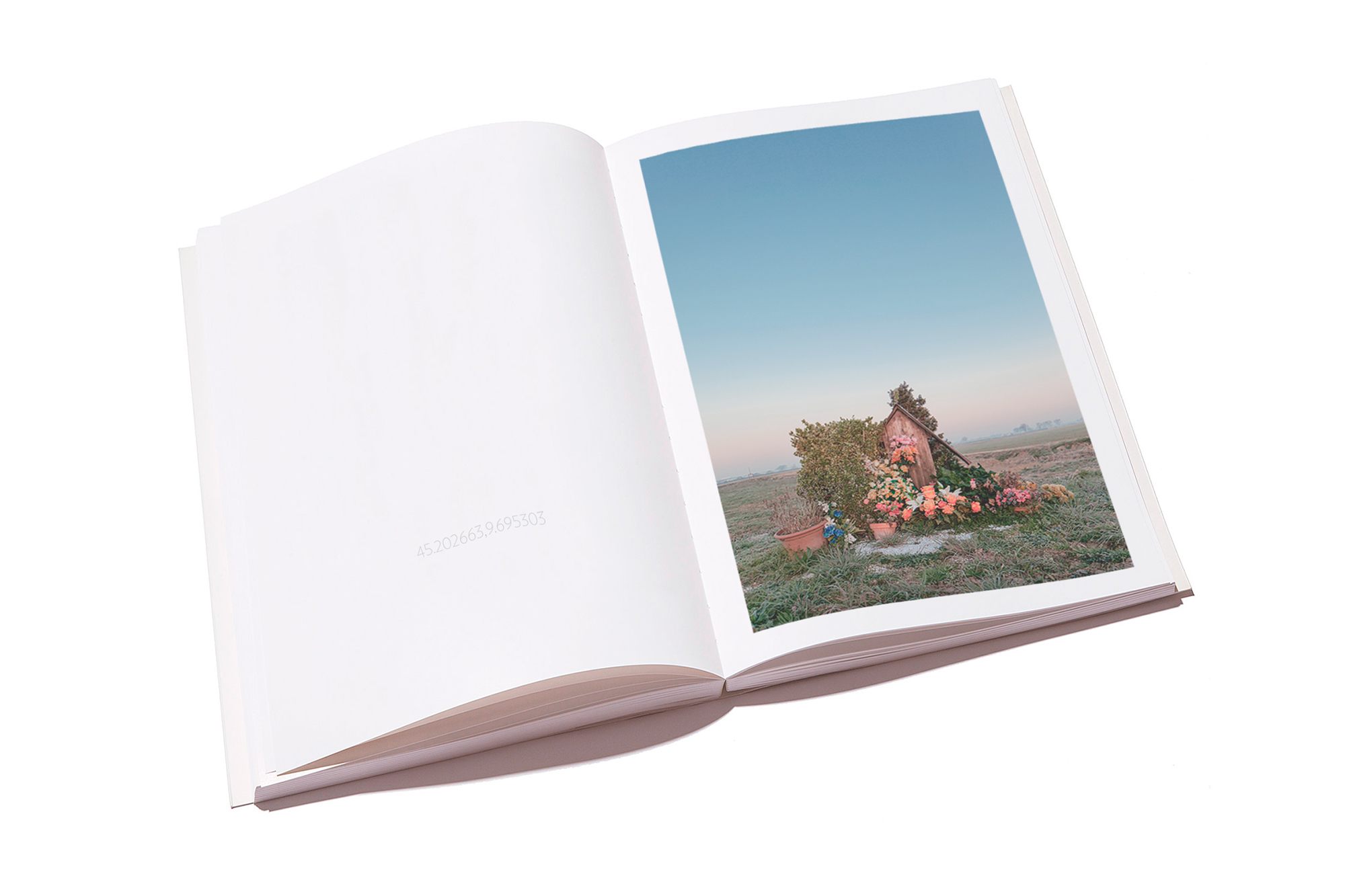 In 2018 road accidents occurred in Italy were 172,553 with 3,334 deaths. After the increase detected in the previous year, the number of deaths decreases in respect to 2017. Distraction, failure to observe precedence rules and high speed were among the most frequent misbehaviors. The most sanctioned violations of the Road Code were, in fact, speed excess, failure to comply with the signs, failures to use safety devices and the use of mobile phone driving. Among the victims, the number of pedestrians increased (+2%). (ISTAT)

The project stems from the need to make peace with the feeling of powerlessness left by the premature death of some friends and with the intention of helping to keep their memory alive. The project is a tribute to the families, relatives and friends of the “victims of the road” and a commitment, albeit not very tangible, to support them in their silent daily drama.

The tombstones, located at the edge of the roads where the accidents occurred, are kept in order, clean and often illuminated; some are accompanied by images, phrases, dates and almost always embellished with colorful floral compositions. We can consider them to all intents and purposes real “Mementòmo”, strict warnings and invitations to reflect on what happened and what could still happen! It is certainly a matter of personal actions and memories but it contribute to creating a “widespread memorial” of a daily drama that you do not want to pay enough attention to or worse is minimized and kept silent.

Stylistically it was decided to create the images in two specific moments of the day, the dawn and the dusk: here, the shadows are cleared, the wind calme down, nature is silent… everything is suspended… and we are convinced that by paying attention one can hear the whispers of the departed loved ones. The project, which foresees the documentation and photographic cataloging of the places and a visual mapping of the phenomenon through the geo-location ( photo-file-names) of the gravestones, has just begun and contemplates the possible realization of informative material on paper and digital. 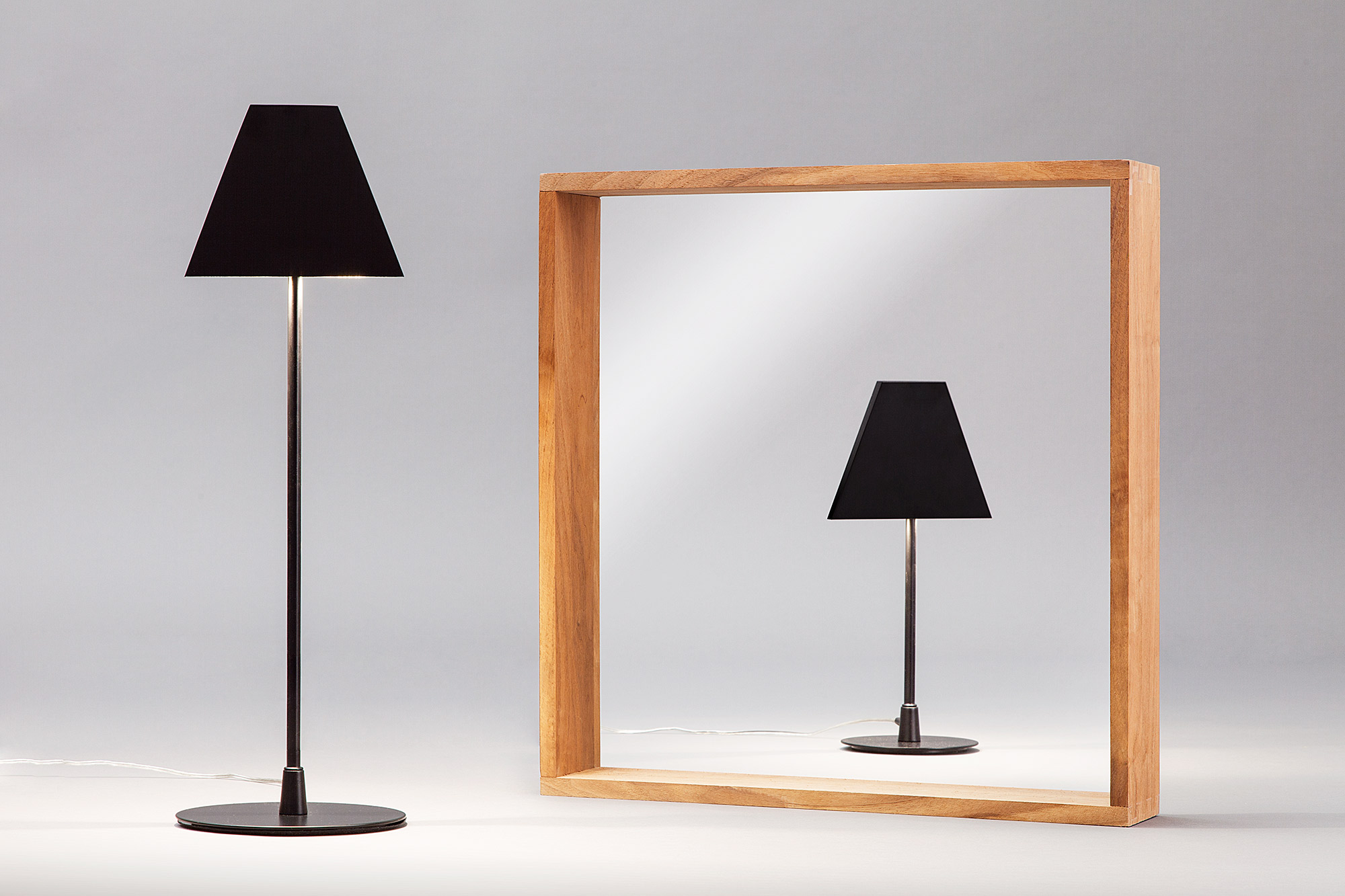 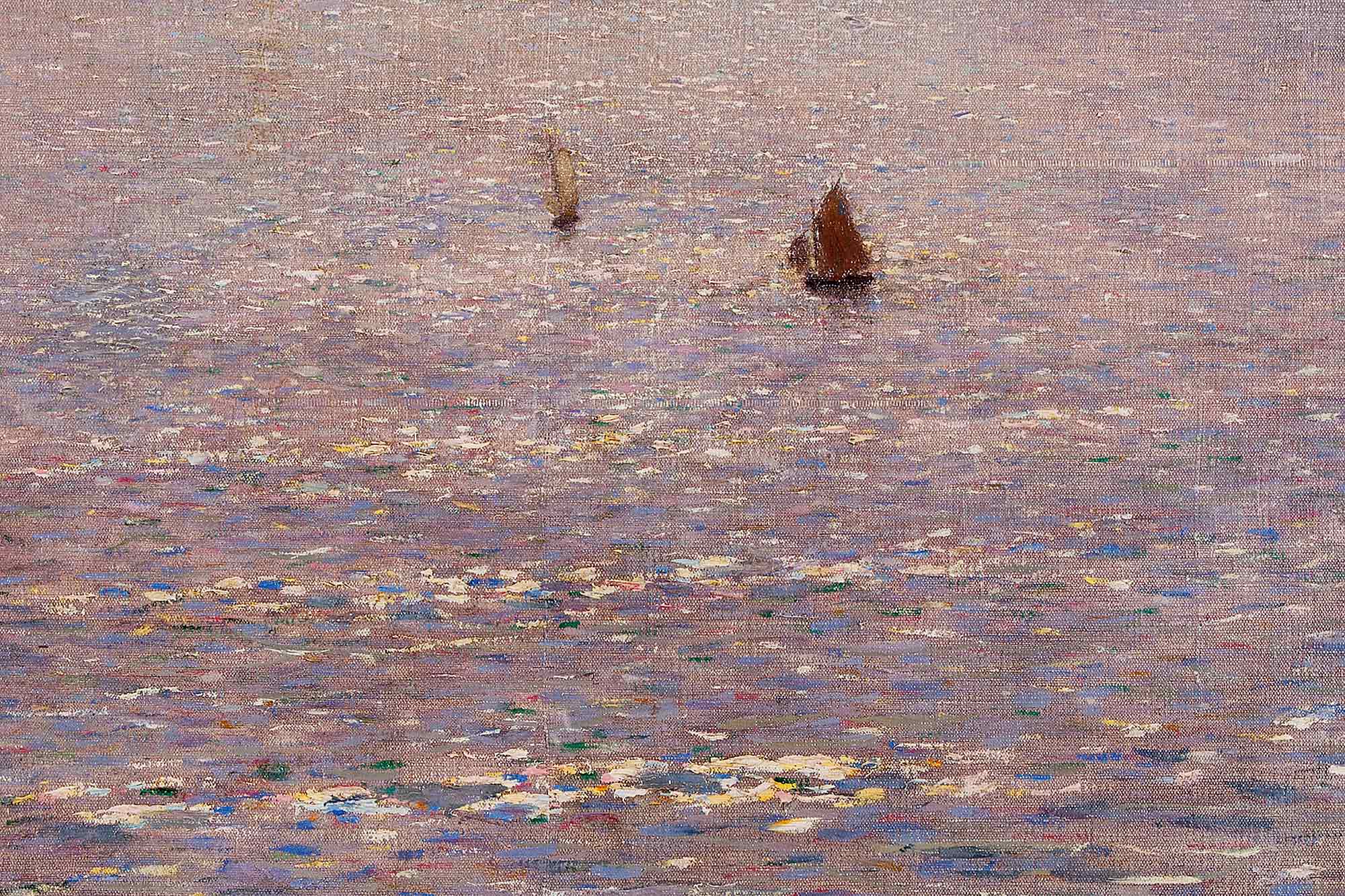 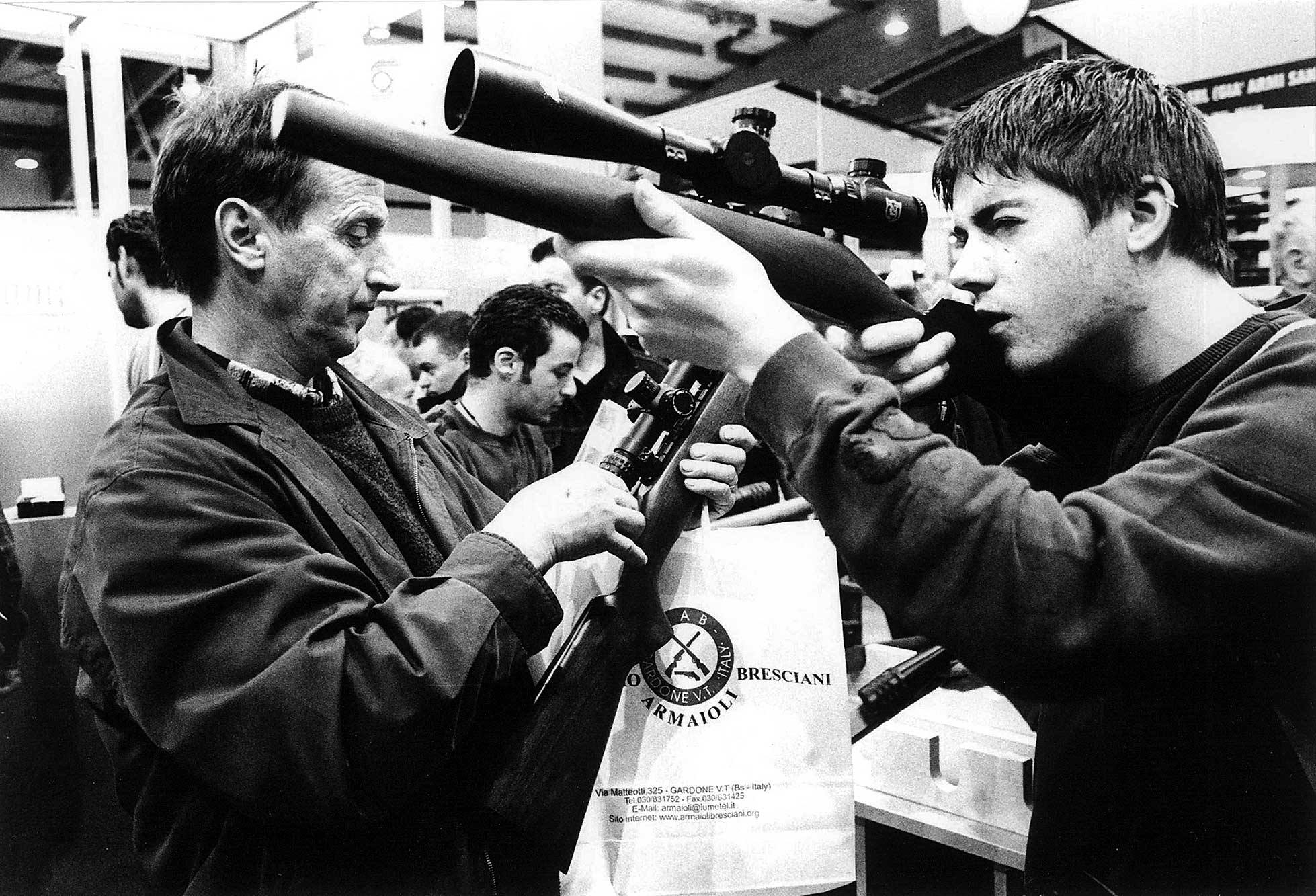 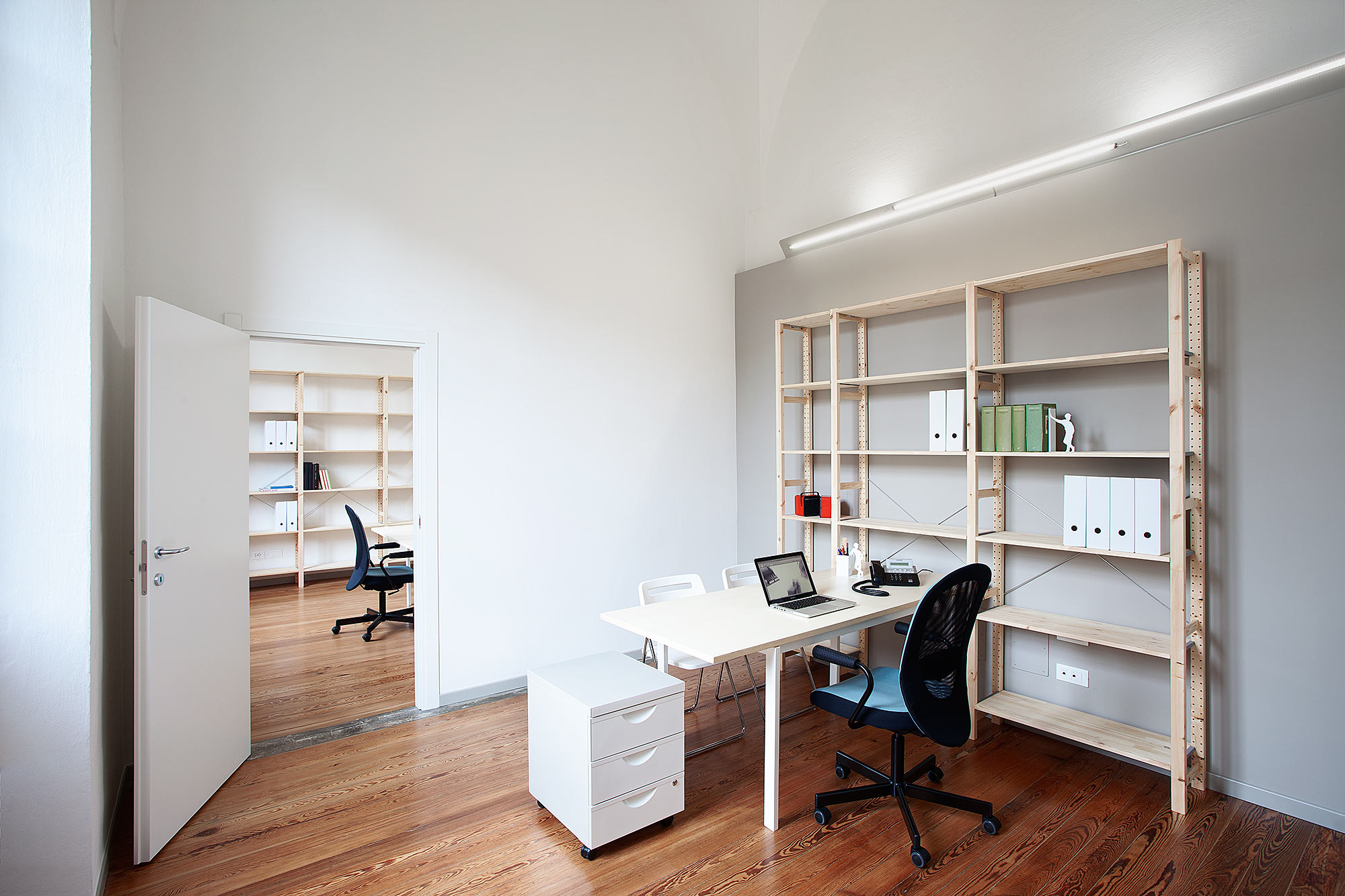